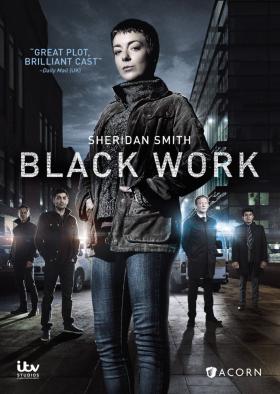 黑手第一季是(2015)美国ITV马特·查曼,创作的犯罪/历史，由著名演员谢里丹·史密斯,肯尼·道提,道格拉斯·韩歇尔,杰拉丁妮·詹姆斯,马修·麦克诺提,雯叶特·罗宾逊,霍纳·妮芙茜,Oliver·Bowler,Luke·Hulme,主演，至第3集 / 共3集！
一名警官奋力找出杀害她作为一名卧底警察的丈夫的凶手，但事实远比她想的要黑暗。Leeds police constable Jo Gillespie (Sheridan Smith) is devastated when her husband, undercover officer Ryan (Kenny Doughty), is killed in suspicious circumstances. As she battles to stay strong for the benefit of daughter Melly (Honor Kneafsey) and stepson Hal (Oliver Woollford), Jo is urged by her bosses, DCI Will Hepburn (Douglas Henshall) and Chief Constable Carolyn Jarecki (Geraldine James), to leave it to her fellow officers to find the killer. But when the murder enquiry starts to uncover some dangerous secrets about Ryan, Jo"s faith in the police family of which she has been a part for so long is severely tested. No longer sure who to trust, Jo embarks on her own investigation with the help of friend and colleague Jack Clark (Matthew McNulty), but as they close in on the identity of Ryan"s killer, Jo"s hunt for the truth will put her own life in danger. Written by Matt Charman (Suite Francaise, Bridge of Spies) and directed by Michael Samuels (The Fear, Any Human Heart), Black Work is a powerful crime thriller that takes the audience into the murky depths of undercover police work and tells the story of a woman willing to risk everything to protect her family.