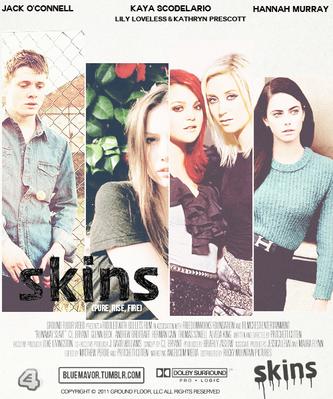 皮囊第七季是(2013)英国E4创作的都市/情感，由著名演员主演，全剧完结 / 共6集！
The three stories will have distinct titles: "Skins Pure" (Cassie), "Skins Rise" (Cook) and "Skins Fire" (Effy). Lily Loveless (Naomi) and Kat Prescott (Emily) will also appear in guest roles. Written by series creators Bryan Elsley and Jamie Brittain with Jess Brittain, Season 7 goes into new territory; more adult, more uncompromising. Each two part story centres on the characters now in their early twenties, the party"s over and they"re starting out as young adults, struggling to find a direction and a focus in unforgiving times."Skins Pure" by Bryan ElsleyCassie (Hannah Murray) is adrift, alone and invisible in London, trying to make sense of her life. Slowly she realises that someone is following her. Cassie turns towards the unknown. A strange and poignant friendship is carved out of mutual loneliness, but can it survive exposure to the real world?"Skins Rise" by Jamie BrittainCook (Jack O"Connell) has a job delivering drugs to Manchester Revellers. When he is asked to help his employer"s girlfriend find a house and finds that he is irresistibly attracted to her, he sets off a train of events which will lead him into a world of savage revenge and a confrontation with his own violent past."Skins Fire" by Jess BrittainEffy (Kaya Scodelario) has a dead end job as a receptionist for a leading London Hedge Fund. But as she stumbles across crucial financial information relating to a troubled deal and embarks on an affair with her wealthy boss, she finds out that she has bitten off more than she can chew. Her flatmate Naomi (Lily Loveless) tries to stop Effy from ruining her life, but Effy cannot be reached; until tragedy strikes.