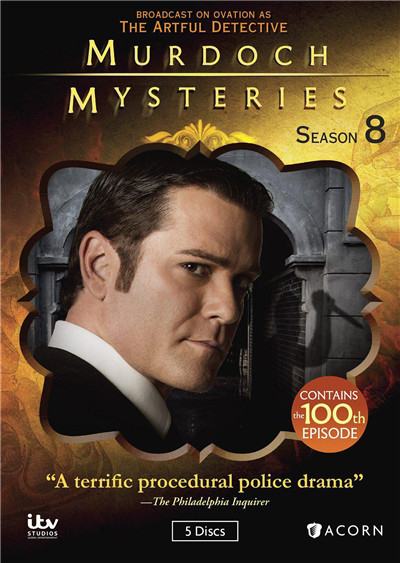 神探默多克第八季是(2014)美国其他Maureen·Jennings,创作的犯罪/历史，由著名演员亚尼克·比森,克雷格·汤姆斯,海琳·乔伊,强尼·哈里斯,乔吉娜·瑞利,主演，本季终 / 共18集 暂无中字 勿求！
Det. Murdoch investigates the murder of Richard Dawkins who was beaten to death at the dinner table by two masked men just as he was about to make an important announcement to his business associates. Since nothing was stolen Murdoch"s new boss, Inspector Hamish Slorach, calls the killing an assassination. Dawkins was rumored to be selling his chandlery business. The harbor master says Dawkins was anything but a saint and the police should look to the seedier side for a solution to his death. Const. Jackson is badly beaten by two thugs which seems to confirm Murdoch"s suspicion that the men who beat Inspector Brackenreid are the same ones who killed Dawkins. When they find a dead woman on the shore, Dr. Grace determines she was clubbed to death the night before the attack on Dawkins and was manacled before she died. Meanwhile, suffragettes recruit Julia to their movement and she is joined by Emily Grace. Receiving little support politically, they decide to hold a protest march.