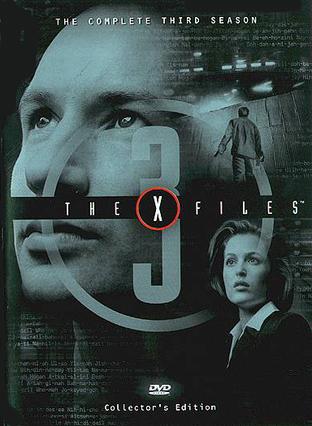 X档案第三季是(1995)美国FOXChris·Carter,创作的魔幻/科幻，由著名演员David·Duchovny,Gillian·Anderson,主演，全剧完结 / 共24集！
The season continues to follow the cases of FBI special agents Fox Mulder and Dana Scully, portrayed by David Duchovny and Gillian Anderson respectively, who investigate paranormal or supernatural cases, known as X-Files by the FBI.The season features the conclusion of several plot-lines introduced in season two, while also introducing several new plot elements. Major plot arcs include an elaborate conspiracy being discovered when a fake alien autopsy video is acquired by Mulder, Scully"s search for the killer of her sister, and the mystery surrounding X (Steven Williams). Pivotal characters such as the First Elder (Don S. Williams) and the alien virus black oil were first introduced in this season. In addition, the season features a wide variety of "Monster-of-the-Week" episodes, which feature stand-alone stories not of influence to the wider mythology of the series.