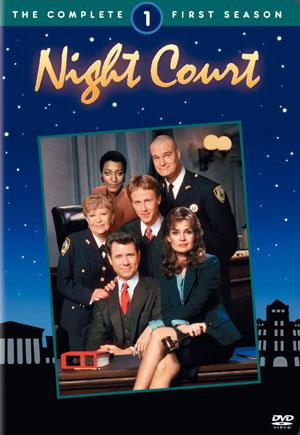 夜间法庭第一季是(1984)美国其他Reinhold·Weege,创作的都市/情感，由著名演员Charles·Robinson,John·Larroquette,Harry·Anderson,Markie·Post,主演，全剧完结 / 共193集 无字 勿求！
Night Court is an American television situation comedy that aired on NBC from January 1984 until May 1992. The setting was the night shift of a Manhattan court, presided over by the young, unorthodox Judge Harold T. "Harry" Stone (played by Harry Anderson). It was created by comedy writer Reinhold Weege, who had previously worked on the award-winning and wry series Barney Miller in the 1970s and early 1980s.