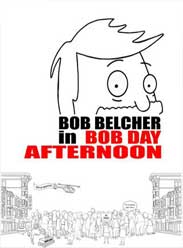 开心汉堡店第二季是(2012)美国FOXLoren·Bouchard,Jim·Dauterive,Andrew·Jacobson,Lizzie·Molyneux,Wendy·Molyneux,Holly·Schlesinger,创作的动漫/卡通，由著名演员H.·Jon·Benjamin,克里斯汀·沙尔,Dan·Mintz,Kristen·Schaal,John·Roberts,主演，本季终 / 共9集！
The series follows the ups and downs of third-generation restaurateur BOB (H. Jon Benjamin), who runs Bob"s Burgers with the help of his wife and their three kids. Bob and his unpredictable family have big ideas about burgers, but they fall short on service and sophistication. Despite their restaurant"s greasy counters, lousy location and dearth of customers, Bob and his family are determined to make every "Grand Re-Re-Re-opening" a success.