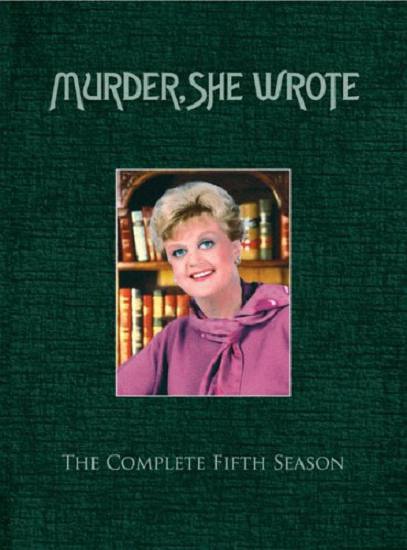 女作家与谋杀案第五季是(1988)美国其他Robert·E.·Swanson,创作的犯罪/历史，由著名演员安吉拉·兰斯伯瑞,威廉·温德姆,罗恩·马萨克,迈克·霍顿,兰·卡琉,杰里·奥尔巴赫,威尔·奈,理查德·保罗,Debbie·Zipp,主演，全剧完结 / 共22集！
Season 5 finds Murder, She Wrote"s intrepid Jessica Fletcher in fine sleuthing form, and venturing farther afield from Cabot Cove--a good thing, since at the rate the murders have been happening, that town would be nearly cleaned out. Some of the best episodes take place in more exotic locales like New York (dead man on the street, wearing just one shoe), Montana (a publishing convention gone horribly wrong) and West Virginia (two whistle-blowers at a coal company found gruesomely murdered). Angela Lansbury sparkles with determination and bonhomie, hitting her stride and then some. Jessica"s own life backstory is even filled out tantalizingly, especially in the episode "The Last Flight of the Dixie Damsel," in which an investigation is launched into a mysterious cargo plane that is linked, she learns to her horror, to her late husband. The series" other delight is watching for cameos by stars of a certain age, and this season doesn"t disappoint, with appearances by Roddy McDowall, Shelley Fabares, and Dinah Shore--but also some up-and-comers like Megan Mullally (proof positive that the Will & Grace whine was a put-on) and future satirist Bill Maher.