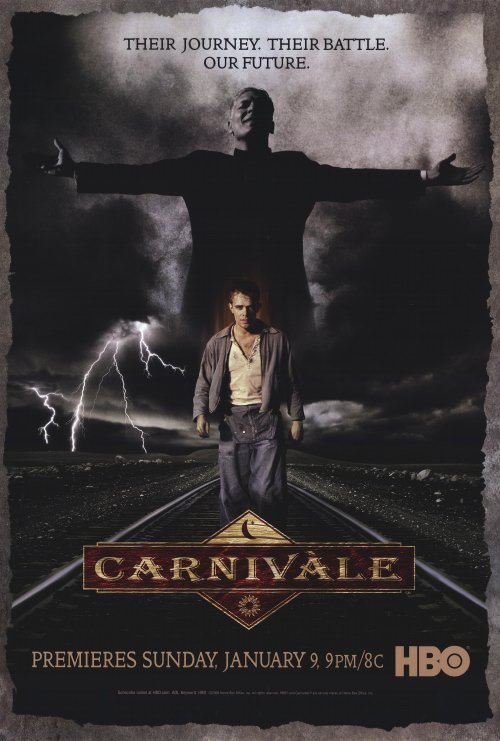 嘉年华第二季是(2005)美国HBODaniel·Knauf,创作的魔幻/科幻，由著名演员迈克尔·J·安德森,阿德里安娜·巴比欧,克兰西·布朗,尼克·斯塔尔,主演，全剧完结 / 共12集！
1934, America. The Dustbowl. A fugitive named Ben Hawkins finds refuge within a traveling carnival comprised of a tarot card reader and her catatonic/telekinetic mother, a blind mentalist, a bearded lady, and conjoined twins, amongst others. The carnival is owned by the mysterious and unseen Management, who has designs on the young Hawkins, for the boy is concealing an untapped gift: he can heal the lame and raise the dead--at a price. Ben also finds himself disturbed by cryptic and prophetic dreams, which he shares with a Methodist preacher in California, Brother Justin Crowe. Brother Justin, convinced by his dreams he is following God"s will, has begun to practice his own extraordinary talents, although the preacher"s plans increasingly lead to disturbing and tragic consequences. In this "last great age of magic," Ben Hawkins and Justin Crowe are moving toward a great conflict between Good and Evil, although it not yet clear on which sides these men will stand.